Differences Between the Cold and the Flu 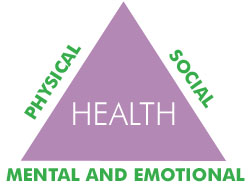 For many people, the terms “cold” and “flu” are largely interchangeable. Many of us call in to work, saying that we are suffering from the flu, when in reality we merely have a cold. In other words, although the terms are commonly mixed up they do denote two very different conditions. Knowing the difference between the flu and the cold can help you have a better idea about what to do when you come down with either one. Realising that receiving the influenza vaccine won’t guard you from a head cold, for instance, can help you get a better grasp on the situation overall.

The Major Differences Between A Cold And A Flu –

One of the main ways to tell the difference between a cold and a flu is by figuring out whether or not a fever is present. Colds only cause fevers in infants and toddlers – even then, their fevers tend to range between 37.5 and 39 degrees C. With the flu, people develop a fever quickly, and it usually falls between 38.5 and 42 degrees C. The symptoms of a cold typically develop within one to five days of being exposed to it; flu symptoms usually strike within one to three days. There are flu vaccinations available that allow you to ward off the flu, while there are no similar products available for preventing the common cold.

When a flu first strikes, the first things that most people notice include muscle aches, fatigue and a fever. After a while, these symptoms often segue into others including sore throat, ear infections, croup, pneumonia and/or bronchiolitis. The pattern that is typical with a cold is much different. Normally, the first things you’ll notice when you’re coming down with a cold are an itchy throat and an irritated nose. Quickly thereafter, you’ll begin exhibiting sneezing, coughing and you may develop a watery discharge from the nose.

Fighting Off The Cold Or The Flu –

As mentioned previously, there are no vaccines available for preventing the cold. That’s largely because colds simply aren’t as inherently dangerous as the flu. Also, more than 200 different viruses cause colds, making them nearly impossible to manage. The flu, on the other hand, typically come in two to three different strains each year. Immunologists can track these strains with amazing efficiency, allowing vaccines to be developed in plenty of time to help thousands – or even millions – avoid coming down with the flu. If you have a cold, your ordeal will generally be over within seven days, although you may have a lingering cough. A flu tends to be shorter lived, but it has a much stronger impact and can develop into more serious illnesses quite easily.